Customers For 1-Bromo-2-methoxybenzene Have Also Viewed

Investigations of structural, spectral and electronic properties of enrofloxacin and boron complexes via quantum chemical calculation and molecular docking.

Scandium alkyl and hydride complexes supported by a pentadentate diborate ligand: reactions with CO and NO. 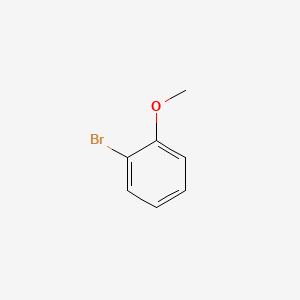