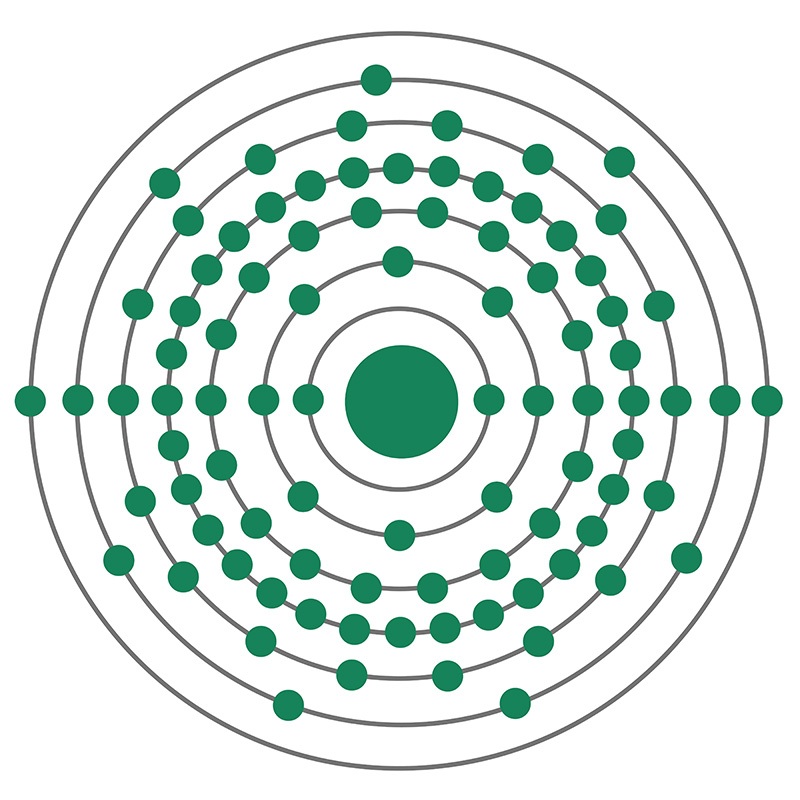 Actinium, a silver-white metallic element, is the namesake of the actinides group in the periodic table, a series of elements known for their radioactivity. Due to its radioactive nature and relative scarcity on Earth, actinium has not historically enjoyed many commercial or industrial uses or applications; however, that may be changing with ongoing scientific research into both medicine and spacecraft power systems.

The element was discovered in 1899 by French chemist André-Louis Debierne, who made his discovery by isolating residue left by Marie and Pierre Curie in their extraction of radium from uranium ore. In fact, actinium is so scarce, only 0.2 mg of the element can be extracted from one ton of uranium ore. Because of this scarcity, the element is usually obtained by irradiating a radium isotope (226Ra) with neutrons in a nuclear reactor. The resulting actinium then becomes a neutron source of its own, and can be used for targeted radiation therapy in cancer treatments. It is currently becoming a preferred element in medical research for this purpose due to its high radioactivity – roughly 150 times that of radium. This high radioactivity is also attractive to spacecraft designers, who may pursue actinium as the active element in future radioisotope thermoelectric generators.

Actinium rapidly oxidizes in the presence of oxygen and moisture, and it is in this state where the vast majority of its chemical compounds occur. The oxide of 227Ac pressed with beryllium, often referred to as AcBe, is also an efficient neutron source with the activity exceeding that of the standard americium-berylllium and radium-beryllium pairs. AcBe-based neutron probes are used to measure water presence and density in soil, in neutron radiography, and in other radiochemical testing applications.Though these compounds are readily achievable in the laboratory, they are typically used solely for research purposes with few commercial applications.

The only naturally occurring isotope of actinium is 227Ac. Thirty-six radioisotopes of actinium have been identified, all with half-lives ranging from 69 nS at the shortest (for 217Ac) to 21.77 years at the longest (227 Ac). Due to its convenient half-life attributes, the presence of 227Ac in oceanic waters is utilized as an estimate to model and calculate vertical mix rates. Over time, actinium decays into thorium and francium, with beta decay dominating over alpha decay by a factor of roughly 71:1. 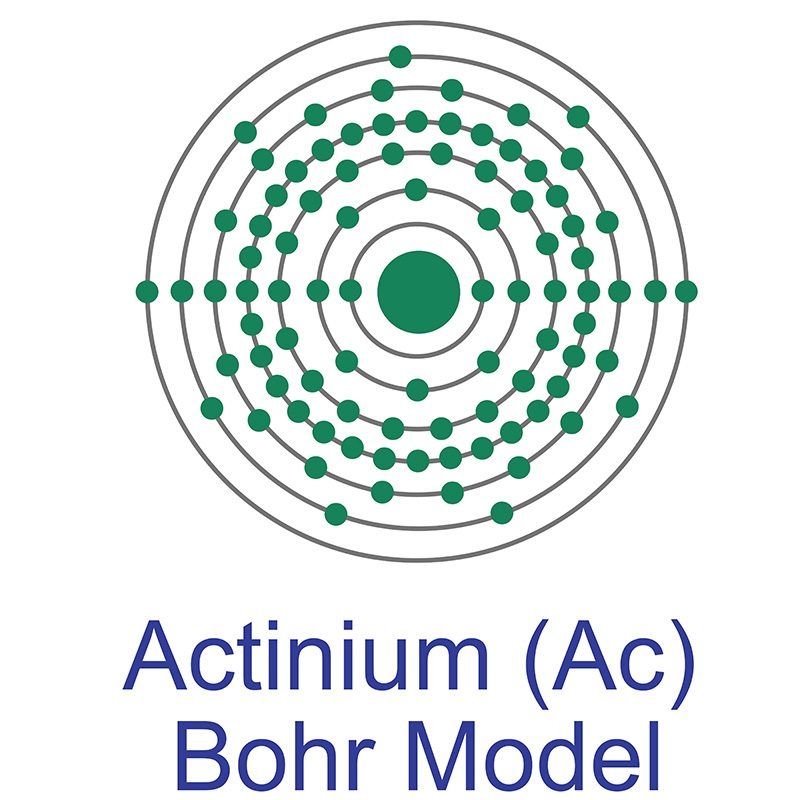 The actinium atom has a radius of 195 pm. In its elemental form, CAS 7440-34-8, actinium has a silvery-white appearance. Actinium is a radioactive metal that rapidly reacts rapidly with oxygen when exposed to air, forming a white coating of actinium oxide which prevents further oxidation. Actinium is found naturally in uranium ores. It rarely occurs as a free element in the earth’s crust. It is more frequently produced in the lab, largely for use as a radiation source. Actinium was first noted as a new element by a French chemist, André-Louis Debierne, in 1899. It was discovered again as an independent element in 1902 by German chemist Friedrich Oskar Giesel.

Actinium information, including properties, research, applications and other useful facts are discussed below. Scientific facts such as the atomic structure, ionization energy, abundance on Earth, conductivity and thermal properties are included.

Actinium has no stable isotopes.