Aluminum Sodium Sulfate is generally immediately available in most volumes. High purity, submicron and nanopowder forms may be considered.Sulfate compounds are salts or esters of sulfuric acid formed by replacing one or both of the hydrogens with a metal. Most metal sulfate compounds are readily soluble in water for uses such as water treatment, unlike fluorides and oxides which tend to be insoluble. Organometallic forms are soluble in organic solutions and sometimes in both aqueous and organic solutions. Metallic ions can also be dispersed utilizing suspended or coated nanoparticles and deposited utilizing sputtering targets and evaporation materials for uses such as solar cells and fuel cells. American Elements produces to many standard grades when applicable, including Mil Spec (military grade); ACS, Reagent and Technical Grade; Food, Agricultural and Pharmaceutical Grade; Optical Grade, USP and EP/BP (European Pharmacopoeia/British Pharmacopoeia) and follows applicable ASTM testing standards. Typical and custom packaging is available. Additional technical, research and safety (MSDS) information is available as is a Reference Calculator for converting relevant units of measurement.

Mitigation of chromium toxicity in Arabidopsis thaliana by sulfur supplementation.

A combination of coarse-grain molecular dynamics to investigate the effects of sodium dodecyl sulfate on grafted reaction of starch-based adhesive.

Calorimetric study of the influence of aluminum substitution in ferrihydrite on sulfate adsorption and reversibility. 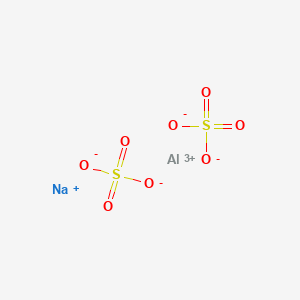