Aluminum Titanium Boron is a grain refining agent for the manufacturing of aluminum alloys.

Formation Mechanism of Aluminide Diffusion Coatings on Ti and Ti-6Al-4V Alloy at the Early Stages of Deposition by Pack Cementation. 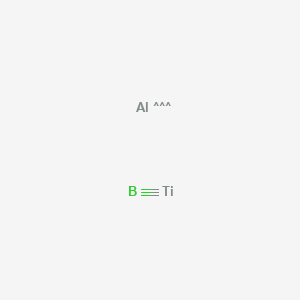