Tantalum was first discovered by Anders G. Ekeberg in 1802 in Uppsala, Sweden however, it was not until 1844 when Heinrich Rose first recognized it as a distinct element. In its elemental form, tantalum has a grayish blue appearance. Tantalum is found in the minerals tantalite, microlite, wodginite, euxenite, and polycrase. Due to the close relation of tantalum to niobium in the periodic table, Tantalum's name originates from the Greek word Tantalos meaning Father of Niobe in Greek mythology.

Nanoheterostructures of potassium tantalate and nickel oxide for photocatalytic reduction of carbon dioxide to methanol in isopropanol.

Sodium Tantalate Photocatalysts Doped with Metal Cations: Why Are They Active for Water Splitting? 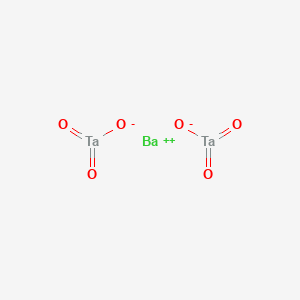