American Elements manufactures Beryllium Phosphate in both research and bulk quantities. Alternate compositions such as beryllium hydrogen phosphate or hydrated (hexahydrate) forms are also available. American Elements produces materials to many standard grades when applicable including Mil Spec (military grade), ACS, Reagent and Technical Grades; Food, Agricultural and Pharmaceutical Grades, Optical, Semiconductor, and Electronics Grades, and follows applicable USP, EP/BP, and ASTM testing standards. Most materials can be produced in high and ultra high purity forms (99%, 99.9%, 99.99%, 99.999%, and higher). Standard and custom packaging is available. Additional technical, research and safety (SDS) information is available. Please request a quote above to receive pricing information based on your specifications.

The number of electrons in each of Beryllium's shells is [2, 2] and its electron configuration is [He] 2s2. The beryllium atom has a radius of 112 pm and a Van der Waals radius of 153 pm. Beryllium is a relatively rare element in the earth's crust it can be found in minerals such as bertrandite, chrysoberyl, phenakite, and beryl, its most common source for commercial production. Beryllium was discovered by Louis Nicolas Vauquelin in 1797 and first isolated by Friedrich Wöhler and Antoine Bussy in 1828.

In its elemental form, beryllium has a gray metallic appearance. It is a soft metal that is both strong and brittle its low density and high thermal conductivity make it useful for aerospace and military applications. It is also frequently used in X-ray equipment and particle physics. The origin of the name Beryllium comes from the Greek word "beryllos," meaning beryl.

Lack of a relationship between plasma fibroblast growth factor-23 and phosphate utilization in young chicks.

Effects of nano-zirconia fillers conditioned with phosphate ester monomers on the conversion and mechanical properties of Bis-GMA- and UDMA-based resin composites. 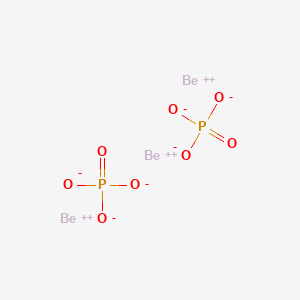