Bismuth Dimethyldithiocarbamate is one of numerous organometallic compounds manufactured by American Elements under the trade name AE Organometallics™. Organometallics are useful reagents, catalysts, and precursor materials with applications in thin film deposition, industrial chemistry, pharmaceuticals, LED manufacturing, and others. American Elements supplies organometallic compounds in most volumes including bulk quantities and also can produce materials to customer specifications. Most materials can be produced in high and ultra high purity forms (99%, 99.9%, 99.99%, 99.999%, and higher) and to many standard grades when applicable including Mil Spec (military grade), ACS, Reagent and Technical Grades, Pharmaceutical Grades, Optical, Semiconductor, and Electronics Grades. Please request a quote above for more information on pricing and lead time.

Bismuth has a high electrical resistance, and has the highest Hall Effect of any metal (i.e., greatest increase in electrical resistance when placed in a magnetic field). Bismuth is found in bismuthinite and bismite. It is also produced as a byproduct of lead, copper, tin, molybdenum and tungsten extraction. Bismuth was first discovered by Early Man. The name Bismuth originates from the German word 'wissmuth,' meaning white mass. 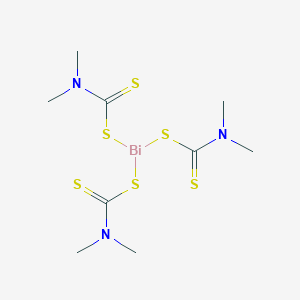