Optimization and validation of a derivatization method with boron trifluoride in ethanol for analysis of aromatic carboxylic acids in water.

Synthesis and photophysical properties of halogenated derivatives of (dibenzoylmethanato)boron difluoride. 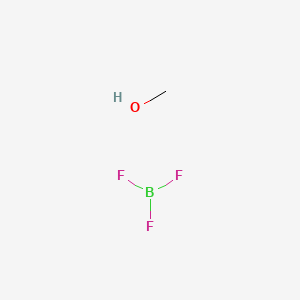