WHOLESALE/SKU 0000-742-261507
CUSTOMER ADVISORY: American Elements does not supply gadolinium for use in ANY form of GBCA (“Gadolinium-Based Contrast Agents”) or for ANY medical, pharmaceutical or nutritional use whatsoever or for the manufacture, testing, or development of ANY such products.

Cerium-gadolinium is one of numerous high purity rare earth alloys manufactured by American Elements. Available alloy forms include sheets and plates, discs, foils, rods, tubes, and other shapes. American Elements can produce cerium-gadolinium alloy in various standard ratios of Ce:Gd including 90:10 and 80:20; custom alloy compositions are also available. Advanced chemical analysis is available for all alloy products by best demonstrated techniques including X-ray fluorescence (XRF), glow discharge mass spectrometry (GDMS), and inert gas fusion. Please request a quote above to receive pricing information based on your specifications for alloy composition and form.

Evaluation of the Effect of Sulfur on the Performance of Nickel/Gadolinium-Doped Ceria Based Solid Oxide Fuel Cell Anodes.

A study on the electrophoretic deposition of gadolinium doped ceria on polypyrrole coated yttrium stabilized zirconia.

Anthropogenic gadolinium in tap water and in tap water-based beverages from fast-food franchises in six major cities in Germany. 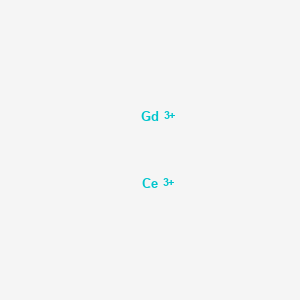