The cesium atom has a radius of 265 pm and a Van der Waals radius of 343 pm. Cesium is a member of the alkali group of metals. It is one of three metals that occur as a liquid at room temperature, the others being mercury and gallium.

The Metal or the Ligand? The Preferred Locus for Redox Changes in Oxygen Atom Transfer Reactions of Rhenium Amidodiphenoxides. 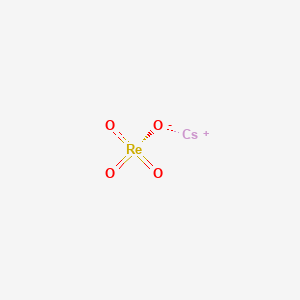