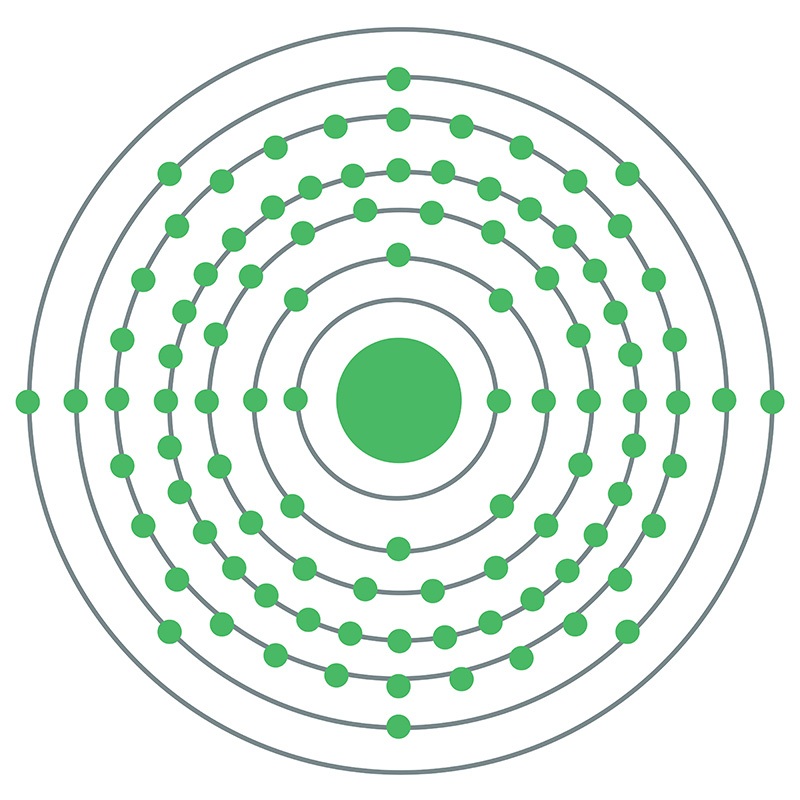 Californium is a radioactive element first synthesized by Stanley G. Thompson, Kenneth Street Jr., Albert Ghioirso, and Glen Seaborg in 1950 at the Lawrence Berkeley National Laboratory at the University of California, from which it takes its name. Though it was the sixth transuranic element to be artifically produced in a lab, it does occur naturally in extremely small amounts via the decay cycles of other elements and in fact is the heaviest element for which this is the case; all elements the follow it on the periodic table occur only as a result of artificial synthesis processes. It is a silvery-white actinide metal with moderate chemical reactivity; because its f electrons are further removed from the valence electrons than those of the lighter actinides, it behaves similarly to the lanthanide elements by exhibiting divalent, trivalent, and tetravalent oxidation states in solid-state compounds. It is radioactive and is especially toxic to humans as a result of its natural accumulation in skeletal tissue.

Californium is one of the few transuranic elements with practical applications, a result of its relative stability and strong emission of neutrons. Neutrons penetrate deeply through most materials, and neutron radiography is widely used to detect defects in aircraft and weapons components. Neutrons sourced from californium can also be used to help start up a nuclear reactor, scan nuclear fuel rods, and in radiation therapy for treatment-resistant cervical and brain cancers. Californium is additionally used in the synthesis of other transuranium elements, including ununoctium, which in 2006 became the heaviest element ever synthesized. 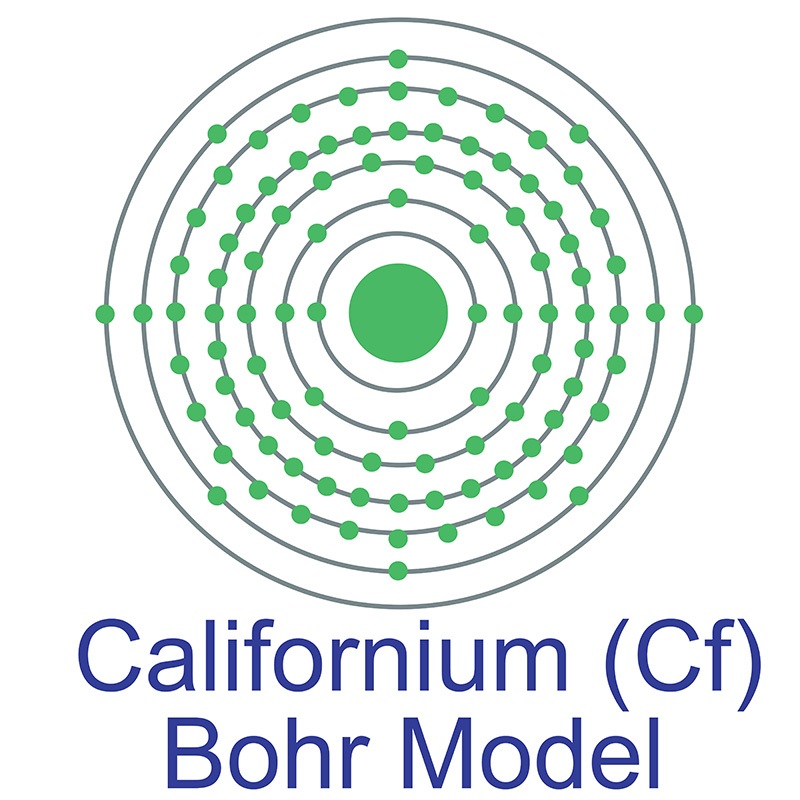 Californium is a Block F, Group 3, Period 7 element. The number of electrons in each of californium's shells is 2, 8, 18, 32, 28, 8, 2 and its electron configuration is [Rn] 5f10 7s2. The californium atom has a radius of 186.pm. In its elemental form, californium's CAS number is 7440-71-3. Californium was discovered by Stanley G. Thompson, Kenneth Street Jr. and Albert Ghiorso at the Lawrence Berkeley National Laboratory in 1950. The element was named in honor of the state of California and for the University of California, Berkeley, USA. It was the sixth transuranium element of the actinide series to be discovered.

Californium's f electrons are further removed from the valence electrons than those of the lighter actinides so it resembles the behavior of the lanthanide elements by exhibiting divalent, trivalent, and tetravalent oxidation states in solid-state compounds. Because it's a very efficient source of neutrons, many new uses are expected for it.

Californium is radioactive and therefore harmful. Californium information, including technical data, properties, and other useful facts are discussed below. Scientific facts such as the atomic structure, ionization energy, abundance on Earth, conductivity and thermal properties are included.

Trace quantities of californium are found in nature from neutron capture by uranium atoms; however, the element is mainly produced artificially and has no stable isotopes.