Copper Benzene-1,3,5-tricarboxylate is is a highly porous, crystalline metal-organic framework (MOF) composed of copper(II) and trimesate ions. CU-BTC is hydrophilic and can be reactivated at 200 °C; applications include noble gas adsorption and catalysis. American Elements can produce most materials in high purity and ultra high purity (up to 99.99999%) forms and follows applicable ASTM testing standards; a range of grades are available including Mil Spec (military grade), ACS, Reagent and Technical Grade, Food, Agricultural and Pharmaceutical Grade, Optical Grade, USP and EP/BP (European Pharmacopoeia/British Pharmacopoeia). We can also produce materials to custom specifications by request, in addition to custom compositions for commercial and research applications and new proprietary technologies. Typical and custom packaging is available, as is additional research, technical and safety (MSDS) data. Please contact us above for information on specifications, lead time and pricing.

Copper (atomic symbol: Cu, atomic number: 29) is a Block D, Group 11, Period 4 element with an atomic weight of 63.546. The number of electrons in each of copper's shells is 2, 8, 18, 1 and its electron configuration is [Ar]3d10 4s1. The copper atom has a radius of 128 pm and a Van der Waals radius of 186 pm. Copper was first discovered by Early Man prior to 9000 BC. In its elemental form, copper has a reddish-orange metallic and lustrous appearance. Of all pure metals, only silver

has a higher electrical conductivity. The origin of the word copper comes from the Latin word 'cuprium' which translates as "metal of Cyprus," as the Mediterranean island of Cyprus was known as an ancient source of mined copper.. 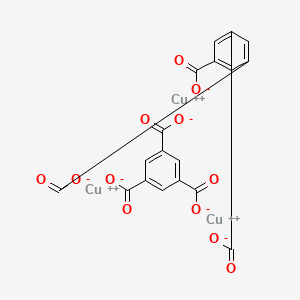