238-696-5
View the history of American Elements on Wikipedia

Erbium Hydroxide is generally immediately available in most volumes. American Elements manufactures materials to many standard grades when applicable including Mil Spec (military grade), ACS, Reagent and Technical Grades; Food, Agricultural and Pharmaceutical Grades, Optical, Semiconductor, and Electronics Grades, and follows applicable USP, EP/BP, and ASTM testing standards. Most materials can be produced in high and ultra high purity forms (99%, 99.9%, 99.99%, 99.999%, and higher). Standard and custom packaging is available. Additional technical, research and safety (SDS) information is available. Please request a quote above to receive pricing information based on your specifications.

Vaginal erbium laser as second-generation thermotherapy for the genitourinary syndrome of menopause: a pilot study in breast cancer survivors.

Erbium ion implantation into diamond - measurement and modelling of the crystal structure. 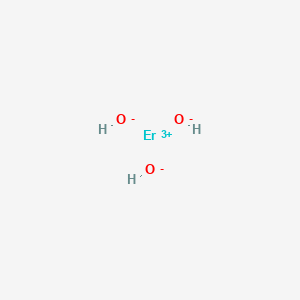