Erbium Oxalate is highly insoluble in water and converts to the oxide when heated (calcined). Erbium Oxalate is generally immediately available in most volumes. Ultra high purity and high purity compositions improve both optical quality and usefulness as scientific standards. Nanoscale elemental powders and suspensions, as alternative high surface area forms, may be considered. Erbium has applications in glass coloring, as an amplifier in fiber optics, and in lasers for medical and dental use. American Elements produces to many standard grades when applicable, including Mil Spec (military grade); ACS, Reagent and Technical Grade; Food, Agricultural and Pharmaceutical Grade; Optical Grade, USP and EP/BP (European Pharmacopoeia/British Pharmacopoeia) and follows applicable ASTM testing standards. Typical and custom packaging is available. Additional technical, research and safety (MSDS) information is available as is a Reference Calculator for converting relevant units of measurement.

Comparative study on the photoluminescence properties of monoclinic and cubic erbium oxide. 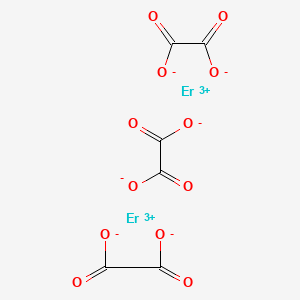