Synthesis of Metal-Organic Framework from Iron Nitrate and 2,6-Naphthalenedicarboxylic Acid and Its Application as Drug Carrier.

Iron(III) phthalocyanine supported on a spongin scaffold as an advanced photocatalyst in a highly efficient removal process of halophenols and bisphenol A. 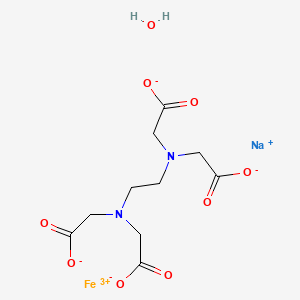