Gallium phosphate (or gallium orthophosphate) is a piezoelectric crystal with high electric resistivity and thermal stability up to 970 °C used in the manufacturing of high-temperature pressure sensors. American Elements manufactures gallium phosphate single crystals with various angles of orientation; please request a quote above to receive pricing information based on your specifications.

Gallium is one of three elements that occur naturally as a liquid at room temperature, the other two being mercury and cesium. Gallium does not exist as a free element in nature and is sourced commercially from bauxite and sphalerite. Currently, gallium is used in semiconductor devices for microelectronics and optics. The element name originates from the Latin word 'Gallia' referring to Gaul, the old name of France.

A gel aging effect in the synthesis of open-framework gallium phosphates: structure solution and solid-state NMR of a large-pore, open-framework material. 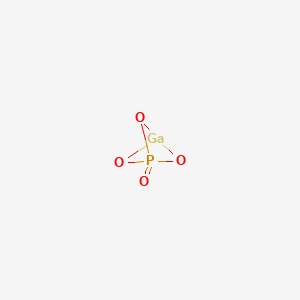