235-009-0
View the history of American Elements on Wikipedia

Holmium(III) Hydroxide is generally immediately available in most volumes. American Elements manufactures materials to many standard grades when applicable including Mil Spec (military grade), ACS, Reagent and Technical Grades; Food, Agricultural and Pharmaceutical Grades, Optical, Semiconductor, and Electronics Grades, and follows applicable USP, EP/BP, and ASTM testing standards. Most materials can be produced in high and ultra high purity forms (99%, 99.9%, 99.99%, 99.999%, and higher). Standard and custom packaging is available. Additional technical, research and safety (SDS) information is available. Please request a quote above to receive pricing information based on your specifications.

The impact of training on the perioperative and intermediate functional outcomes after holmium laser enucleation of the prostate.

Outcomes of transurethral resection and holmium laser enucleation in more than 60 g of prostate: A prospective randomized study.

Hyperfine-Interaction-Driven Suppression of Quantum Tunneling at Zero Field in a Holmium(III) Single-Ion Magnet.

Use of the Moses Technology to Improve Holmium Laser Lithotripsy Outcomes: A Preclinical Study.

Laparoscopic Repair of a Vesicosigmoid Fistula Secondary to Holmium Laser Enucleation of the Prostate (HoLEP).

Efficacy of Holmium Laser Transurethral Incision of the Prostate in Symptomatic Mild-to-Moderate Benign Prostate Enlargement Based on Preoperative Characteristics. 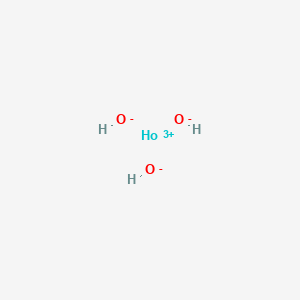