Lanthanum-aluminum is one of numerous high purity rare earth alloys manufactured by American Elements. As a master alloy, lanthanum-aluminum can be used for grain refining, hardening, and improving alloy performance by enhancing properties such as ductility and machinability. Available alloy forms include sheets and plates, discs, foils, rods, tubes, and other shapes. American Elements can produce lanthanum-aluminum alloy in various standard ratios of La:Al; custom alloy compositions are also available. Advanced chemical analysis is available for all alloy products by best demonstrated techniques including X-ray fluorescence (XRF), glow discharge mass spectrometry (GDMS), and inert gas fusion. We also manufacture lanthanum-aluminum in other forms such as sputtering target and foil. Please request a quote above to receive pricing information based on your specifications for alloy composition.

The Microstructure Evolution of a Fe3Al Alloy during the LENS Process.

Effect of Energy Input on Microstructure and Mechanical Properties of Titanium Aluminide Alloy Fabricated by the Additive Manufacturing Process of Electron Beam Melting. 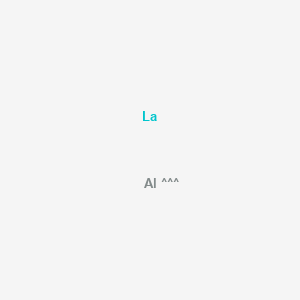