Molybdenum Naphthenate is an organometallic molybdenum compound used as a siccative and a catalyst for the petroleum industry.

Reversible modulation of the redox characteristics of acid-sensitive molybdenum and tungsten scorpionate complexes.

Molybdate in Rhizobial Seed-Coat Formulations Improves the Production and Nodulation of Alfalfa. 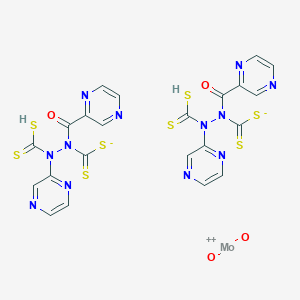