Trapped Intermediate of a Meerwein-Pondorf-Verley Reduction of Hydroxy Benzaldehyde to a Dialkoxide by Titanium Alkoxides.

Strontium Isopropoxide: A Highly Active Catalyst for the Ring-Opening Polymerization of Lactide and Various Lactones.

Synthesis and Characterization of Alkoxide-Bridged Heterometallic Clusters of Cerium and Copper. 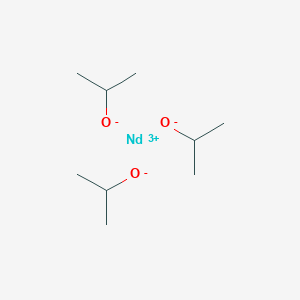