234-827-5
View the history of American Elements on Wikipedia

Nickel Antimonide (NiSb) is used in a number of industrial applications including infrared detection and imaging. Antimonide compounds (or stibnides) contain the element Antimony. Their unique lattice structures are being utilized in the most cutting-edge semiconductor materials by scientists and technology researchers; for example, in January 2013, researchers at Northwestern University's Center for Quantum Devices created the first-ever dual-mode active and passive infrared camera chip made of Indium Arsenide/Gallium Antimonide. American Elements produces to many standard grades when applicable, including Mil Spec (military grade); ACS, Reagent and Technical Grade; Food, Agricultural and Pharmaceutical Grade; Optical Grade, USP and EP/BP (European Pharmacopoeia/British Pharmacopoeia)and follows applicable ASTM testing standards. Typical and custom packaging is available. Additional technical, research and safety (MSDS) information is available as is a Reference Calculator for converting relevant units of measurement.

The most common source of antimony is the sulfide mineral known as stibnite (Sb2S3), although it sometimes occurs natively as well. Antimony has numerous applications, most commonly in flame-retardant materials. It also increases the hardness and strength of lead when combined in an alloy and is frequently employed as a dopant in semiconductor materials. Its name is derived from the Greek words anti and monos, meaning a metal not found by itself.

Conductance through a helical state in an Indium antimonide nanowire. 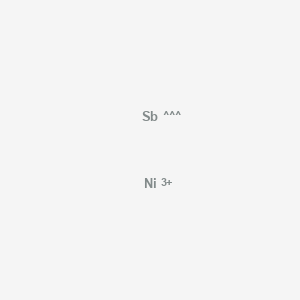