Nickel Tellurite is generally immediately available in most volumes. High purity, submicron and nanopowder forms may be considered. Tellurites are rare oxide minerals containing tellurium dioxide . Tellurites can be reduced to elemental tellurium by electrolysis or a strong reducing agent but are still considered one of the more stable tellurium compounds. American Elements produces to many standard grades when applicable, including Mil Spec (military grade); ACS, Reagent and Technical Grade; Food, Agricultural and Pharmaceutical Grade; Optical Grade, USP and EP/BP (European Pharmacopoeia/British Pharmacopoeia) and follows applicable ASTM testing standards. Typical and custom packaging is available. Additional technical, research and safety (MSDS) information is available as is a Reference Calculator for converting relevant units of measurement. 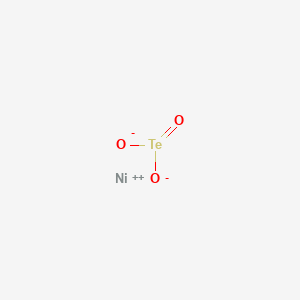