Osmium Zinc Iodide is a fixation/staining material used in biomedical applications. American Elements can produce most materials in high purity and ultra high purity (up to 99.99999%) forms and follows applicable ASTM testing standards; a range of grades are available including Mil Spec (military grade), ACS, Reagent and Technical Grade, Food, Agricultural and Pharmaceutical Grade, Optical Grade, USP and EP/BP (European Pharmacopoeia/British Pharmacopoeia). We can also produce materials to customer specifications by request, in addition to custom compositions for commercial and research applications and new proprietary technologies. Typical and custom packaging is available, as is additional research, technical and safety (MSDS) data.

In its elemental form, osmium has a silvery blue cast apperance. Osmium has the highest melting point and the lowest vapor pressure of any of the platinum group of metals it is also the densest naturally ocurring element. Osmium is the least abundant stable element in the earth's crust. It is found in the alloys osmiridium and iridiosmium and as a free element. The origin of the name Osmium comes from the Greek word osme, meaning a smell or odor.

Comparison of Iodide-125 and Ruthenium-106 Brachytherapy in the Treatment of Choroidal Melanomas. 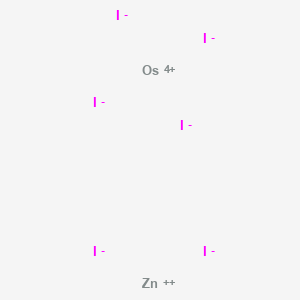