A Useful Synthesis of 2-Acylamino-1,3,4-oxadiazoles from Acylthiosemicarbazides Using Potassium Iodate and the Discovery of New Antibacterial Compounds.

Nitric oxide is involved in the hypothyroidism with significant morphology changes in female Wistar rats induced by chronic exposure to high water iodine from potassium iodate.

Spectroscopic and structural investigation of interaction of 5-mercapto-3-phenyl-1,3,4-thiadiazole-2-thione potassium salt with molecular iodine.

Iodine-Rich Herbs and Potassium Iodate Have Different Effects on the Oxidative Stress and Differentiation of TH17 Cells in Iodine-Deficient NOD.H-2 Mice. 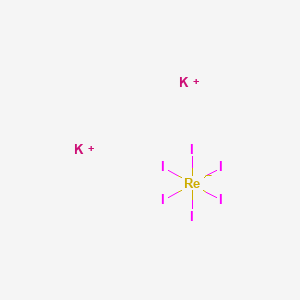