Potassium Stannate is generally immediately available in most volumes. High purity, submicron and nanopowder forms may be considered. Additional technical, research and safety information is available.

Nanocrystalline SnS2 coated onto reduced graphene oxide: demonstrating the feasibility of a non-graphitic anode with sulfide chemistry for potassium-ion batteries.

Electrospun tin (IV) oxide nanofiber based electrochemical sensor for ultra-sensitive and selective detection of atrazine in water at trace levels. 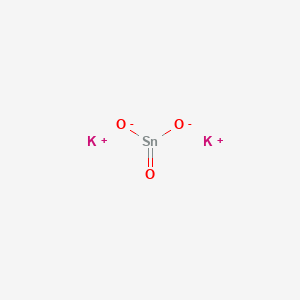