sec-Butylmagnesium Bromide is one of numerous organomagnesium compounds manufactured by American Elements under the trade name AE Organometallics™. Organometallics are useful reagents, catalysts, and precursor materials with applications in thin film deposition, industrial chemistry, pharmaceuticals, LED manufacturing, and others. American Elements supplies organometallic compounds in most volumes including bulk quantities and also can produce materials to customer specifications. Most materials can be produced in high and ultra high purity forms (99%, 99.9%, 99.99%, 99.999%, and higher) and to many standard grades when applicable including Mil Spec (military grade), ACS, Reagent and Technical Grades, Pharmaceutical Grades, Optical, Semiconductor, and Electronics Grades. Please request a quote above for more information on pricing and lead time.

See more Bromine products. Bromine (atomic symbol: Br, atomic number: 35) is a Block P, Group 17, Period 4 element. Its electron configuration is [Ar]4s23d104p5. The bromine atom has a radius of 102 pm and its Van der Waals radius is 183 pm. In its elemental form, bromine

has a red-brown appearance. Bromine does not occur by itself in nature; it is found as colorless soluble crystalline mineral halide salts. Bromine was discovered and first isolated by Antoine Jérôme Balard and Leopold Gmelin in 1825-1826.

Molecular level insight into the effect of triethyloctylammonium bromide on the structure, thermal stability, and activity of Bovine serum albumin. 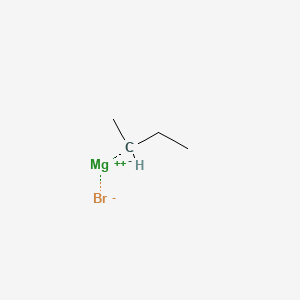