American Elements specializes in producing high purity Silver Indium Sulfide Lumsp with the highest possible density and smallest possible average grain sizes for use in Chemical Vapor Deposition (CVD) and Physical Vapor Deposition (PVD) processes including Thermal and Electron Beam (E-Beam) Evaporation, Low Temperature Organic Evaporation, Atomic Layer Deposition (ALD), Metallic-Organic and Chemical Vapor Deposition (MOCVD). Our standard lump pieces are amorphous uniform pieces in sizes ranging from 5-15 mm. Lump materials are produced using crystallization, solid state and other ultra high purification processes such as sublimation. American Elements specializes in producing custom compositions for commercial and research applications and for new proprietary technologies. American Elements also casts any of the rare earth metals and most other advanced materials into granules, rod, bar or plate form, as well as other machined shapes and through other processes such as nanoparticles and in the form of solutions and organometallics.

C-H activations of methanol and ethanol and C-C couplings into diols by zinc-indium-sulfide under visible light.

A colorimetric hydrogen sulfide sensor based on gellan gum-silver nanoparticles bionanocomposite for monitoring of meat spoilage in intelligent packaging. 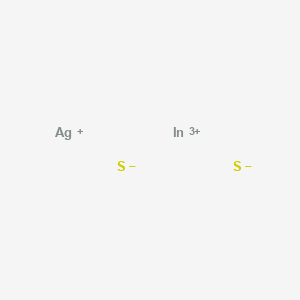