204-823-8
View the history of American Elements on Wikipedia

Neutral losses of sodium benzoate and benzoic acid in the fragmentation of the [M + Na](+) ions of methoxyfenozide and tebufenozide via intramolecular rearrangement in electrospray ionization tandem mass spectrometry. 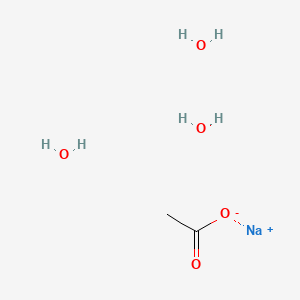