American Elements offers Strontium aluminate (Tetradecaaluminum tetrastrontium pentacosaoxide, Sr4Al14O25) in both doped and undoped forms for phosphor lighting technology. Standard rare earth dopants include Europium and Dysprosium; other elements may be available by request. Please request a quote above to receive pricing information based on your specifications.

Incorporation of strontium and europium in crystals of α-calcium isosaccharinate. 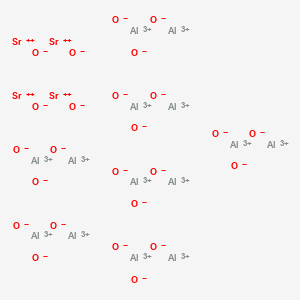