American Elements manufactures high purity terbium-dysprosium alloy foils in numerous dimensions. Standard metal and alloy foil thicknesses range from 0.003" to approximately 2mm; materials can also be rolled down as thin as 0.001" for use as an evaporation source in microelectronics, optics, magnetics, MEMS, and hard resistant coatings. Piece sizes are available up to approximately 7" maximum width. Maximum lengths of about 20" can be obtained with a nominal thickness between about 0.005" and 0.020" for thin film deposition on glass or metal substrates. We also manufacture terbium dysprosium alloy in other forms such as sputtering target as well as other rare earth alloy products. Please request a quote above to receive pricing information based on your specifications for alloy composition and foil dimensions.

Synthesis and Magnetism of Neutral, Linear Metallocene Complexes of Terbium(II) and Dysprosium(II).

Coordination structure conversion of protonated bisporphyrinato terbium(iii) double-decker complexes and creation of a Kondo assembly by electron injection on the Au(111) surface. 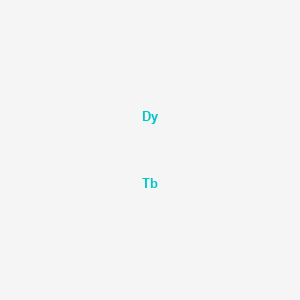