Thulium(III) Hydroxide Hydrate is generally immediately available in most volumes. American Elements manufactures materials to many standard grades when applicable including Mil Spec (military grade), ACS, Reagent and Technical Grades; Food, Agricultural and Pharmaceutical Grades, Optical, Semiconductor, and Electronics Grades, and follows applicable USP, EP/BP, and ASTM testing standards. Most materials can be produced in high and ultra high purity forms (99%, 99.9%, 99.99%, 99.999%, and higher). Standard and custom packaging is available. Additional technical, research and safety (SDS) information is available. Please request a quote above to receive pricing information based on your specifications.

In its elemental form, thulium has a silvery-gray appearance. Thulium is representative of the other lanthanides (rare earths) and similar in chemistry to yttrium. It is the least abundant of the rare earth elements. Thulium emits blue upon excitation, and is used in flat panel screens that depend critically on bright blue emitters. Thulium was discovered and first isolated by Per Teodor Cleve in 1879. It is named after "Thule," which is the ancient name of Scandinavia.

Preparation, characterization and investigation of sonophotocatalytic activity of thulium titanate/polyaniline nanocomposites in degradation of dyes.

Application of Thulium Laser as Office-based Procedure in Patients With Vocal Fold Polyps. 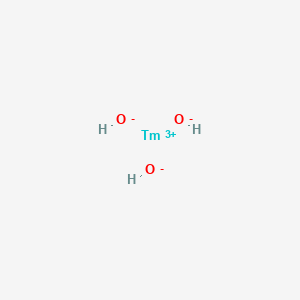