American Elements' Nanometal™ nanofoil manufacturing unit produces ultra thin foil as thin as only 50 nm thick in diameters up to 910 mm. Typically, foils are in thicknesses from 20 nm to 1000 nm, 1 micron, 2 micron, and up to a few microns thick. Nanometal™ ultra thin foil can also be produced on a substrate with a parting agent to permit removal by floating and can then be mounted on frames. Frames may be washers, rings, or more-complicated assemblies. For foils >1 micron thick see our Terbium Foil page. We also produce Terbium as rods, powder and plates. Other shapes are available by request.

Direct determination of graphene quantum dots based on terbium-sensitized luminescence.

A highly selective and sensitive fluorescent nanosensor for dopamine based on formate bridged Tb(iii) complex and silver nanoparticles. 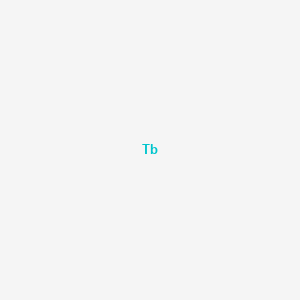