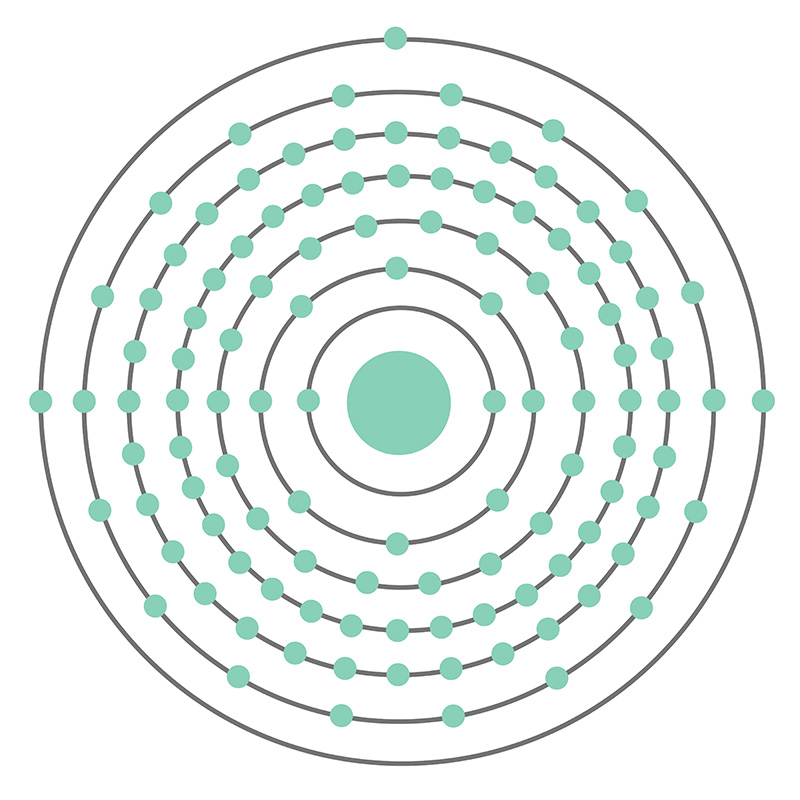 Nihonium (Nh), formerly known as Ununtrium (Uut), is a p-block transactinide element with atomic number 113. Synthesis of ununtrium was first claimed in 2003 by collaborating teams at the Joint Institute for Nuclear Research in Dubna, Russia and the Lawrence Livermore National Laboratory in Livermore, California, USA. However, in 2015 the IUPAC formally accepted the element's discovery by a team at the RIKEN institute in Japan led by Kosuke Morita, marking the only element officially discovered in Asia. To synthesize the superheavy element, the RIKEN team bombarded a curium target with sodium ions to initiate a chain of decay reactions beginning with 266Bh.

The RIKEN physicists bestowed the name Nihonium (symbol: Nh) in honor of the Japanese version of the country's name. After a six month review period, the name became permanent in December 2016. 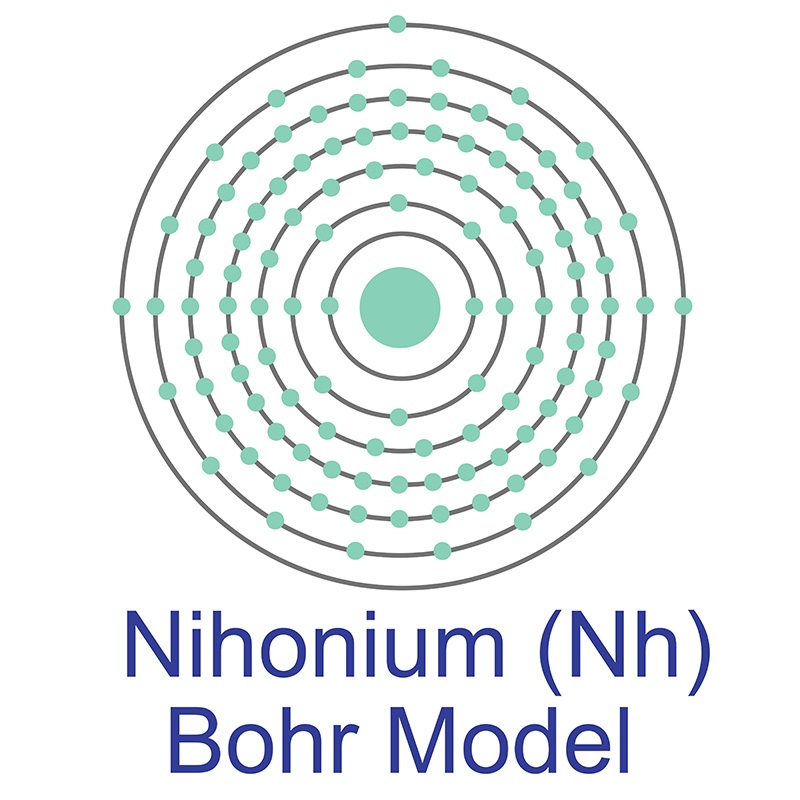 Nihonium (Ununtrium) is a P-Block, Group 13, Period 7 element. The number of electrons in each of Nihonium's shells is 2, 8, 18, 32, 32, 18, 3 and its electron configuration is [Rn] 5f14 6d10 7s27p1. In its elemental form, Nihonium's CAS number is 54084-70-7. Nihonium was discovered in 2003 by the Joint Institute for Nuclear Research in Dubna, Russia and the Lawrence Livermore National Laboratory in Livermore, California, USA. Nihonium is a synthetic element that is not present in the environment. Little is known about the element, its appearance is unknown, and it has no known uses.

Nihonium information, including properties, research, applications and other useful facts are discussed below. Scientific facts such as the atomic structure, ionization energy, abundance on Earth, conductivity and thermal properties are included.