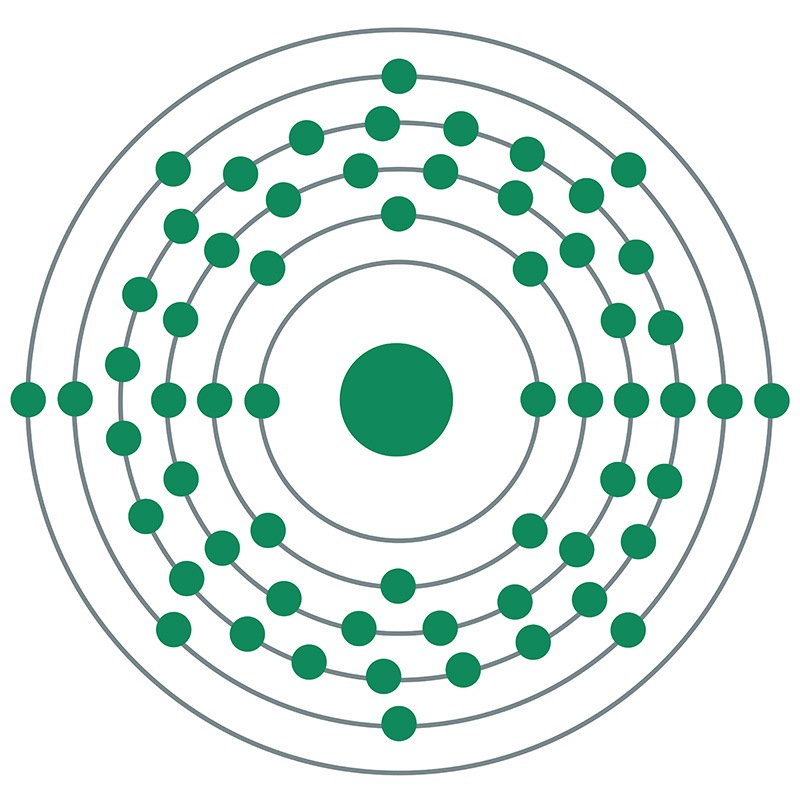 All of promethium’s isotopes are radioactive and have short half-lives, so appreciable amounts are not found in natural sources. The existence of an unknown element with atomic number 61 was predicted in 1914 by Henry Mosley, but the metal was not successfully produced and fully characterized until 1945. This was accomplished by Jacob A. Marinsky, Lawrence E. Glendenin, and Charles D. Coryell at Oak Ridge National Laboratory by separating and analyzing fission products of uranium. The name was derived from the Titan in Greek mythology who stole fire from Mount Olympus to give to humans, Prometheus. Since the element can only be obtained from a lab, it has few applications. The only isotope of promethium used outside of research is promethium-147, which is produced and used in very small (milligram) quantities in atomic batteries and signal lights containing phosphors that emit light in response to absorption of radiation emitted by the isotope. Since this relatively stable isotope emits x-rays, it could theoretically be used for portable x-ray sources. 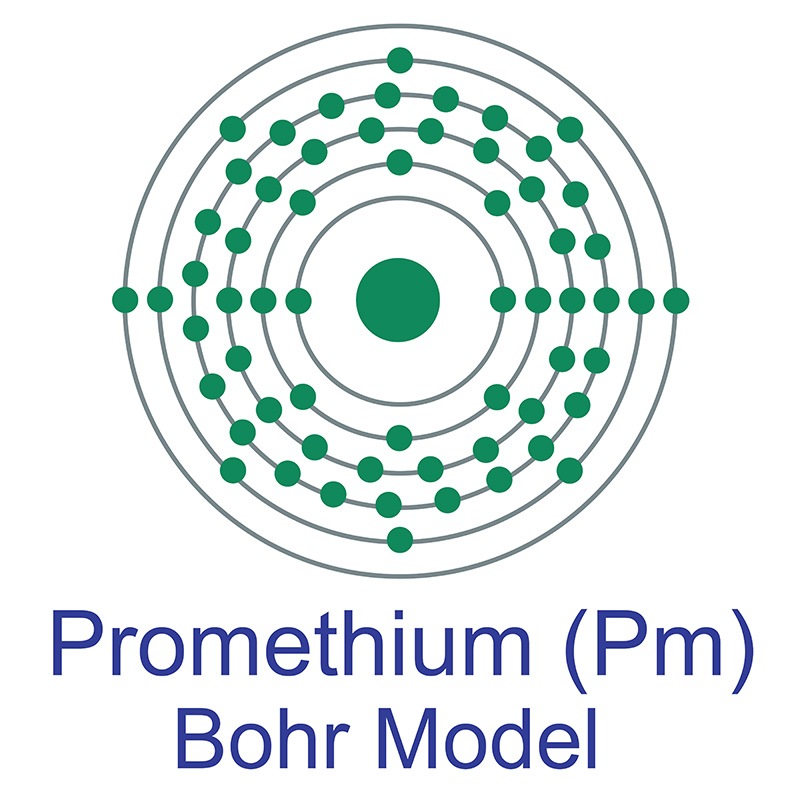 Promethium is a Block F, Group 3, Period 6 element. The number of electrons in each of Promethium's shells is 2, 8, 18, 23, 8, 2 and its electron configuration is [Xe] 4f5 6s2. The promethium atom has a radius of 183.pm and it's Van der Waals radius is 236.pm. In its elemental form, CAS 7440-12-2, promethium has a metalic appearance. Promethium was discovered by Chien Shiung Wu, Emilio Segrè, and Hans Bethe in 1942. It was first isolated by J. A. Marinsky, Lawrence Glendenin and Charles D. Coryell in 1945. The element name comes from Greek mythology after the titan, Prometheus, who stole the fire of Zeus and gave it to mankind.

Promethium is radioactive. Promethium information, including technical data, properties, and other useful facts are specified below. Scientific facts such as the atomic structure, ionization energy, abundance on Earth, conductivity, and thermal properties are included.

Promethium (Pm) does not exist in nature (except in trace quantities from spontaneous fission and alpha decay of 151Eu). It has no stable isotopes.