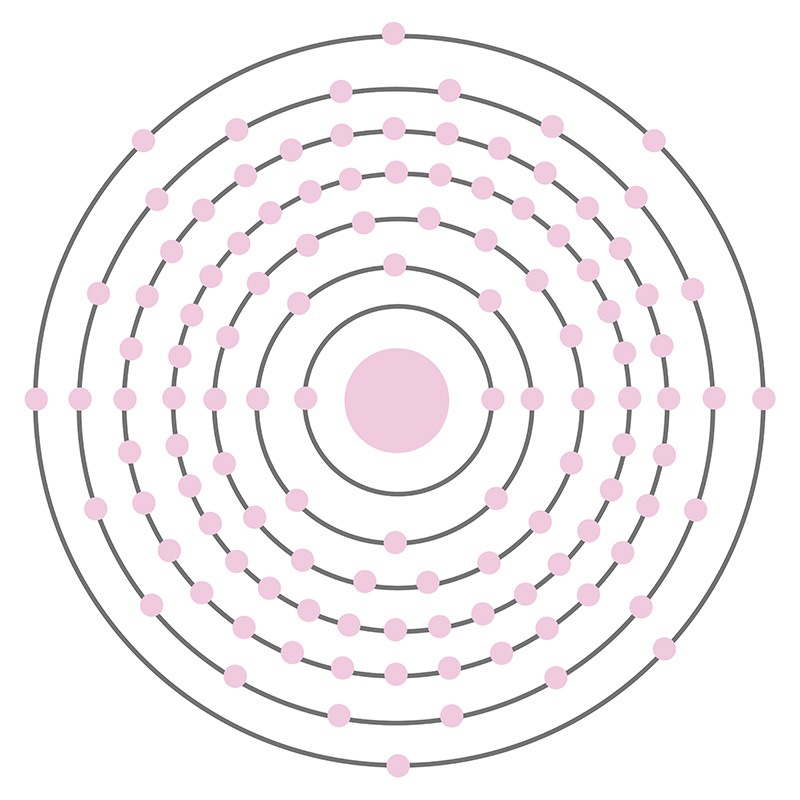 Tennessine (Ts), formerly known as eka-astatine and Ununseptium (Uus), is the official name of element 117. The first reportedly successful synthesis of tennessine was completed as part of a collaboration between American and Russian teams in 2010, but sufficient data was not produced by these experiments to justify an official claim of discovery to the IUPAC. In 2014 a team at the GSI research center in Germany made claims to discovery, but the American and Russian collaboration was ultimately formally recognized as the discoverer of both elements 117 and 118. The team was composed of researchers from the Joint Institute of Nuclear Research in Dubna, Russia, and the Research Institute for Advanced Reactors, Dimitrovgrad, along with American teams from the Lawrence Livermore National Laboratory, Oak Ridge National Laboratory, Vanderbilt University in Tennessee, and the University of Nevada, Las Vegas. Their method of synthesis involved bombarding berkelium-coated titanium foil with calcium ions, causing a fusion reaction of the calcium and berkelium isotopes to trigger a decay reaction.

As the official discoverer of two elements, the collaboration had the naming rights to both. In honor of of the American half of the team, element 117 received the name Tennessine based on the location of Vanderbilt University. Element 118, formerly known as Ununoctium, was given the name Oganesson in honor of the lead Russian scientist Yuri Oganessian. Though very few of its properties can be observed, Tennessine is expected to exhibit characteristics of the halogen group of elements based on its location on the periodic table. 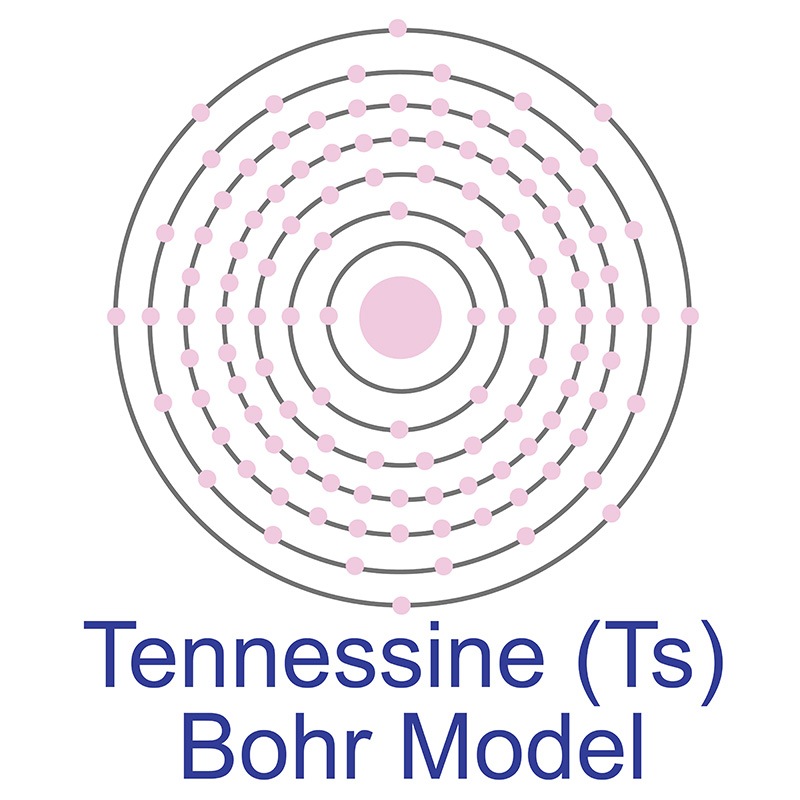 Tennessine (Element 117) is a is a P-Block, Group 17, Period 7 element. The number of electrons in each of Tennessine's shells is 2, 8, 18, 32, 32, 18, 7 and its electron configuration is [Rn] 5f14 6d10 7s27p5. In its elemental form, Tennessine's CAS number is 54101-14-3 and its appearance is unknown. Tennessine was first detected in January 2010 by scientists at the Flerov Laboratory of Nuclear Reactions. In April 2010 research results were published in the Physcial Review Letters journal. Little is known about the element and it has no known uses. Tennessine is a synthetic element that is not present in the environment.

Tennessine information, including technical data, properties, and other useful facts are specified below. Scientific facts such as the atomic structure, ionization energy, abundance on Earth, conductivity, and thermal properties are included.

Tennessine is an artificial element. It has no stable isotopes.