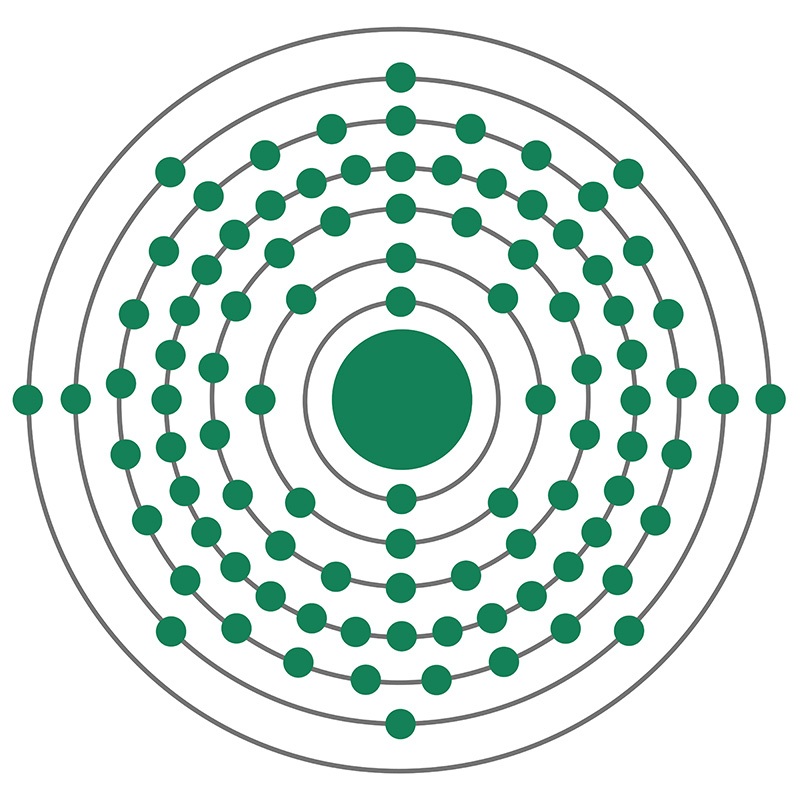 Americium, a transuranic radioelement with a silvery white appearance and a density similar to lead, was discovered in 1944 at the Argonne National Laboratory by a team of scientists led by Glenn T. Seaborg. It was later synthesized at the University of California, Berkeley. The process of isolating americium from curium was so arduous that the researchers had taken to calling the elusive element "pandemonium". Americium occupies the spot below europium on the very last row of the periodic table, and was given its name as a result as of this association with the other element named after a continent.

Americium is the only synthetic element that has found a common consumer use: as the ionization source in commercial and residential smoke detectors. Additionally, americium is used as neutron source in neutron probes and neutron radiography and as a portable source of gamma rays and alpha particles in medical, scientific, and industrial applications. Americium is also a starting material for the production of other synthetic elements. Though americium is produced fairly routinely in nuclear reactors, the complexity of the separation procedures necessary to isolate it from other elements ensures that the supply of the pure element remains low, and the material remains quite expensive. 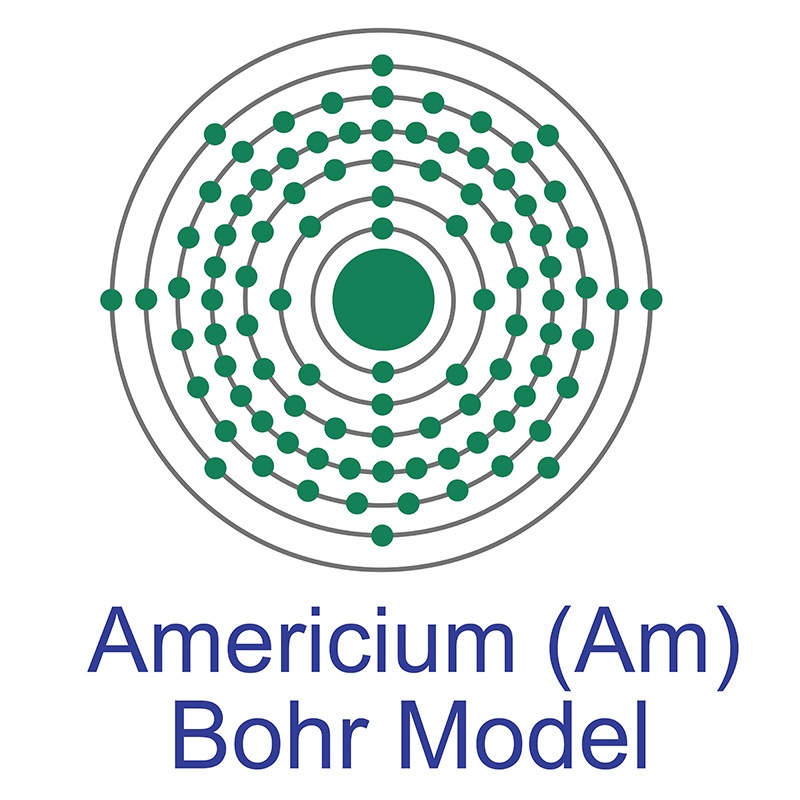 Americium is a Block F, Group 3, Period 7 element. The number of electrons in each of Americium's shells is 2, 8, 18, 32, 25, 8, 2 and its electron configuration is [Rn] 5f7 7s2. The americium atom has a radius of 173.pm and its Van der Waals radius is 244.pm. In its elemental form, CAS 7440-35-9, americium has a silvery white appearance. Americium was discovered by Glenn T. Seaborg, Ralph A. James, Stanley G. Thompson and Albert Ghiorso in 1944. It was the fourth synthetic transuranic element to be discovered and was named after the continent of North America.

Americium is artificially produced in small quantities for research purposes and use in smoke detectors. Due to its radioactivity, americium is harmful. Americium information, including properties, research, applications and other useful facts are discussed below. Scientific facts such as the atomic structure, ionization energy, abundance on Earth, conductivity and thermal properties are included.

Americium is an artificial element. It has no stable isotopes.