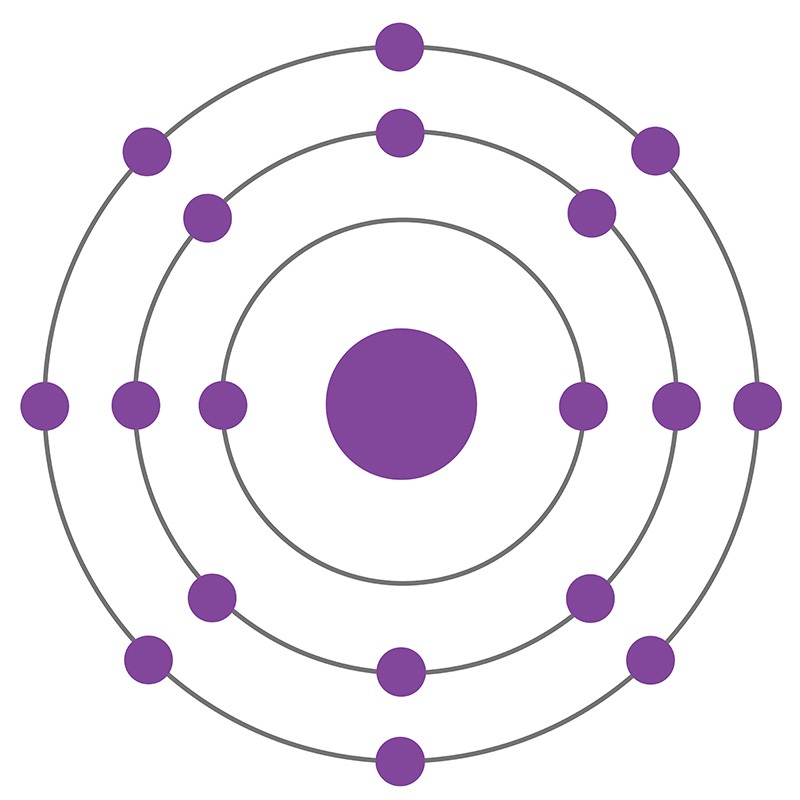 After nitrogen and oxygen, argon is the third most plentiful gas (9,300 ppm) in Earth’s atmosphere. Like other noble gases, argon is produced through fractional distillation of liquefied air. Its use in industrial applications and consumer products necessitates the production of roughly 700,000 tons of argon, yearly. Because of its inert nature and its plentiful availability when compared to other noble gases, it is widely used in lighting applications – both incandescent and fluorescent – to prevent oxygen from corroding the bulb’s filament.

Expanding on such properties, argon is also used in many industrial applications which require an atmospheric barrier (shielding gas) between a high-temperature source and the normal composition of air. The most common examples of such shielding are argon’s use in arc welding and graphite electric furnaces. More exotic applications include the scientific community’s liquefaction of argon to observe neutrinos and search for dark matter. Argon’s eclectic and inert nature also lends itself to be used as a preservative (of food and historical documents alike), a humane asphyxiation method for the culling of diseased animals, a method to extinguish fires, and when used in a laser apparatus, has a host of medical uses ranging from correcting eye defects to welding arteries.

Argon was the first noble gas discovered. By removing oxygen, carbon dioxide and all moisture from an air sample in 1894, Sir William Ramsay of England and Lord Rayleigh of Scotland found that the resulting nitrogen was heavier than the nitrogen produced from reducing chemical compounds. This led the duo to believe that there was another element within the resulting nitrogen sample. After several months and after successfully isolating nitrogen from the other components of air, argon was discovered. English scientist Henry Cavendish, studying the same isolation of elements in air 200 years earlier, had concluded that elements other than nitrogen and oxygen must be present; Cavendish, however, did not have the means to isolate these elements. For the duo’s discovery and Rayleigh’s persistence, Rayleigh went on to win the Nobel Prize in Physics in 1904.

Argon is a stable and largely inert element that has yet to produce any known compound at room temperature, and only one compound (HArF) at very low temperatures. This compound does not have any practical application outside of fundamental scientific research. Three isotopes of argon are naturally occurring: 36Ar, 38Ar, and 40Ar with 40Ar being the most abundant on Earth, by far. 40Ar is produced through the slow decay of 40K in rocks at the Earth’s crust over long periods of time. The relative abundance of these three isotopes inverts in the atmospheres of outer planets within the solar system, where the production of argon is dominated by stellar nucleosynthesis and the decomposition of rocks is naturally far less abundant. 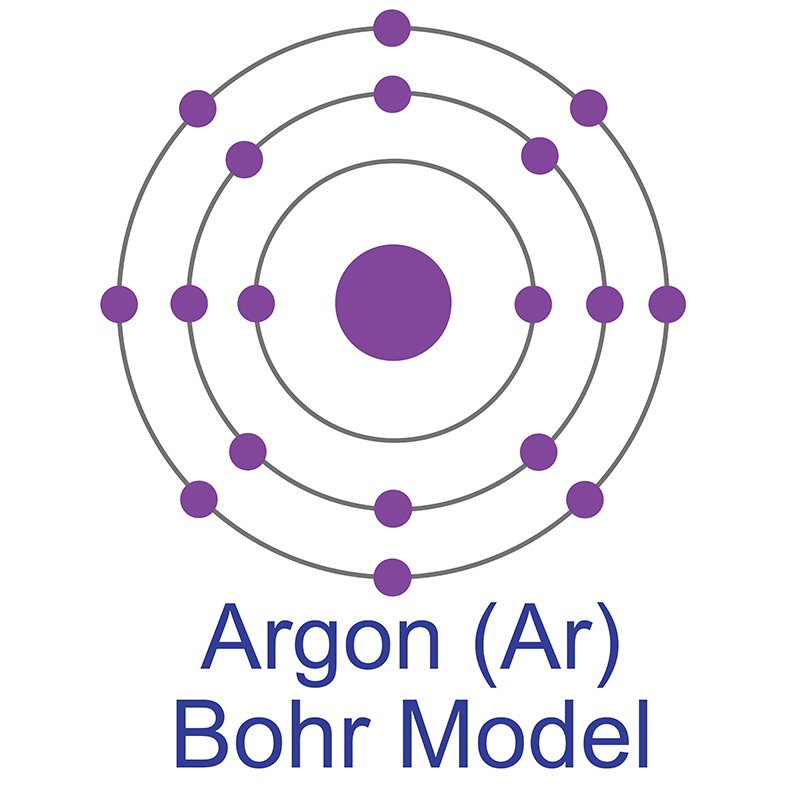 Argon is a Block P, Group 18, Period 3 element. The number of electrons in each of Argon's shells is 2, 8, 8 and its electronic configuration is [Ne] 3s2 3p6. In its elemental form argon's CAS number is 7440-37-1. The argon atom has a covalent radius of 106±10.pm and it's Van der Waals radius is 188.pm. Air is the primary raw material used to produce argon products. Argon constitutes 1.28% by mass and 0.934% by volume of the Earth's atmosphere. Argon was discovered and first isolated by Lord Raleigh and Sir William Ramsay in 1894. Argon was the first noble gas to be discovered.

Argon information, including technical data, properties, and other useful facts are specified below. Scientific facts such as the atomic structure, ionization energy, abundance on Earth, conductivity and thermal properties are included.