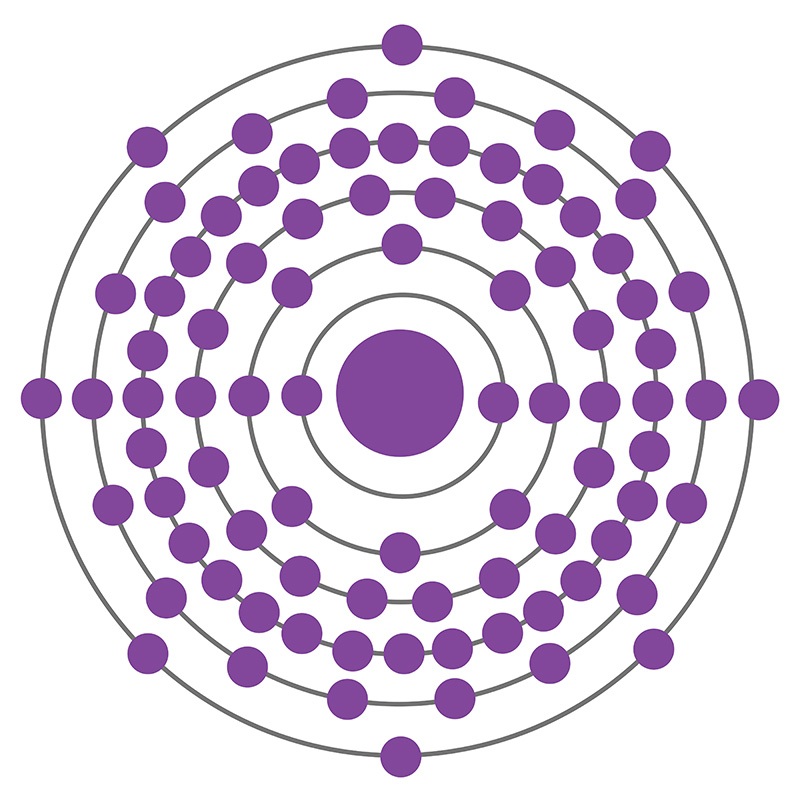 Radon is a radioactive noble gas that occurs naturally on earth as a decay product of uranium and thorium deposits. The initial discovery of this element has variously been credited to Pierre and Marie Curie, who in 1899 noted that gas emitted by the previously discovered element radium remained active for some time, Friedrich Ernst Dorn, who noted the same phenomenon in 1900, Ernest Rutherford, who observed radioactive gas being emitted by thorium samples in 1901, and Andre-Louis Debierne, who observed radioactive gas emitted by actinium in 1903. Initially the gases emitted by each separate element were given different names, but it was eventually recognized that all three were merely different isotopes of a single new element of the noble gas family.

This new element was extensively characterised by Sir William Ramsay and Robert Whytlaw-Gray in 1910, and was later given the single element name “radon” accompanied by isotope numbers in place of the separate names for each isotope. Through the 1960’s the historical tradition of referring to the radioactive gas as an “emanation” from a given radioactive element remained in use to some degree.

Due to its radioactivity and presence in natural deposits, radon constitutes a major health hazard, contributing to lung cancer in those exposed. Typically, exposure occurs as a result of leaks from underground, and both radon gas and small particles of its solid decay products may be inhaled, leading to radiation exposure in lung tissue. Radon’s primary application is in cancer treatment, as it can be sealed into tiny metal seeds that are implanted into tumors for continuous radiotherapy. Additionally, it is sometimes used as a radioactive tracer to check structures for gas leaks. 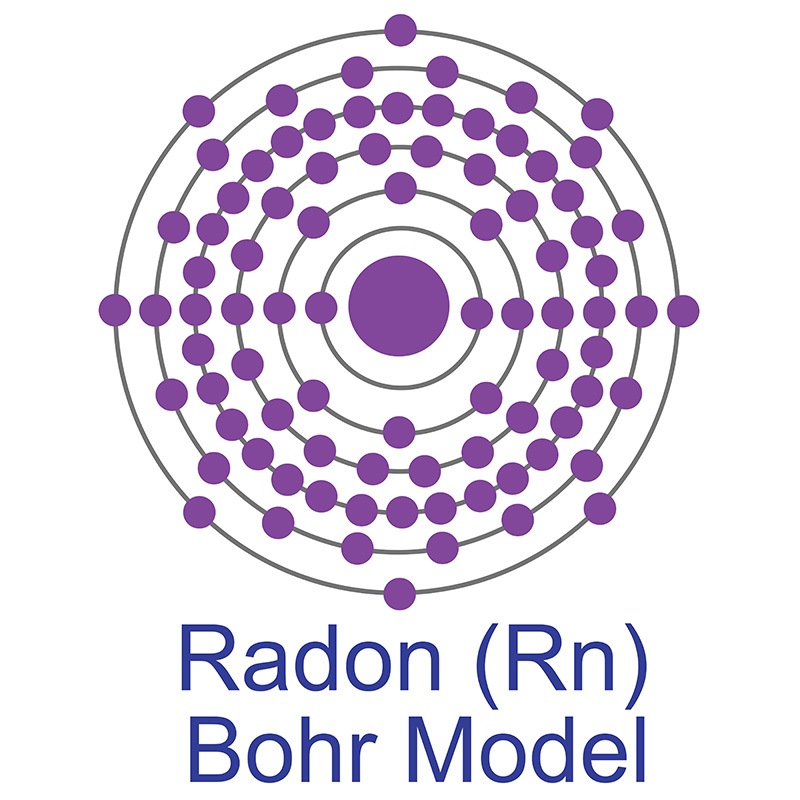 Radon is a Block P, Group 18, Period 6 element. The number of electrons in each of Radon's shells is 2, 8, 18, 32, 18, 8 and its electronic configuration is [Xe] 4f14 5d106s26p6. In its elemental form radon's CAS number is 10043-92-2. The radon atom has a covalent radius of 150.pm and it's Van der Waals radius is 220.pm. Radon is produced by the radioactive decay of radium-226, which is found in phosphate, igneous and metamorphic rocks as well as uranium ores and shales. It was first isolated by William Ramsay and Robert Whytlaw-Gray in 1910. The name radon is derived from the element radium. At first radon was called niton, from the Latin word ‘Nitens’ which means shining.

Radon is highly radioactive and a carcinogen. Radon information, including technical data, properties, and other useful facts are specified below. Scientific facts such as the atomic structure, ionization energy, abundance on Earth, conductivity, and thermal properties are included.