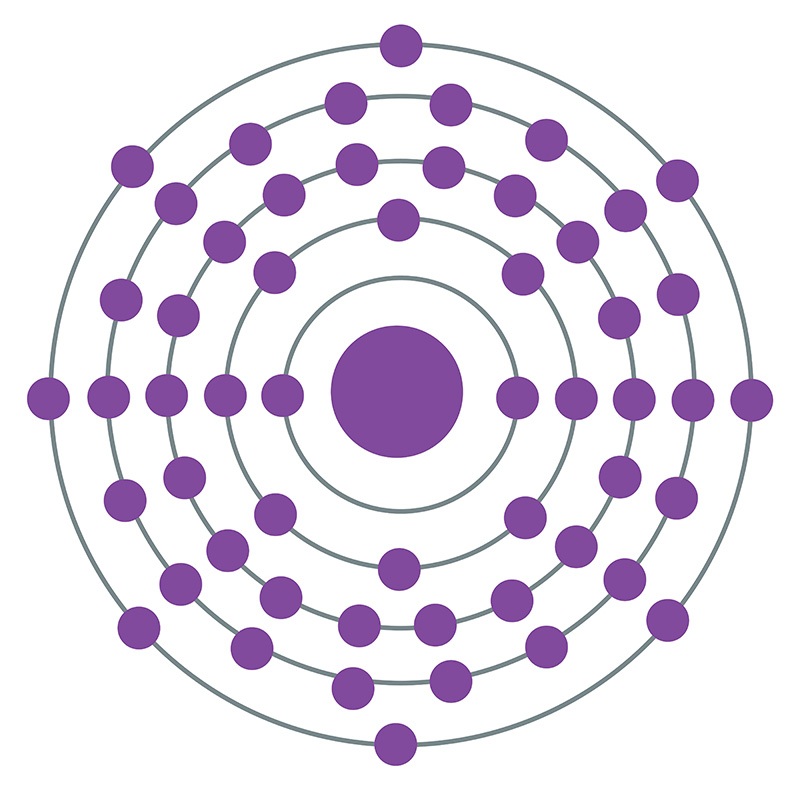 Xenon is a rare noble gas with abundance estimated at 0.1 ppm in Earth’s atmosphere, and it’s for this reason that xenon was one of the last gases to be isolated. As with other noble gases, it was isolated by Sir William Ramsay and Morris Travers in 1898 during their research on fractional distillation of liquefied air. To this day, xenon is only produced via this method, although efficiency has increased over the decades. Xenon was long thought to be completely inactive until it became the first noble gas to be synthesized into a chemical compound, the element bonding with a form platinum fluoride to form xenon hexafluoroplatinate. Scientific research since the 1960s has yielded several other exotic compounds, none which have yet produced any known applications outside of scientific circles.

Along with the other noble gases like helium, xenon’s primary application is in lighting. Xenon produces an extremely bright bluish-white light useful in photographic flashes and lighting equipment. Strobe lights contain an amount of xenon for this reason. And because the light emitted by xenon is so strong, this element is also utilized in lasers and bacteria-killing ultraviolet light sources to sterilize lab equipment. In the medical industry, xenon is used as a general anesthetic, and several isotopes are utilized in the study of blood flow through the brain and lungs. Xenon is even used in ion thrusters for deep-space spacecraft. Observation of xenon content is also useful in dating events in the early solar system.

Xenon has eight stable isotopes (the most of any element next to tin), and over 40 known unstable isotopes, some of which are radioactive.  135Xe is often used as a neutron absorber that can slow or stop nuclear reactions, but Chernobyl has taught the scientific community that powering down a reactor without accounting for the ensuing buildup of xenon can further poison the whole reactor.  Along with 133Xe, 135Xe is also used as an observable barometer to monitor compliance with nuclear test ban treaties or to confirm that a nuclear detonation has taken place.  Liquid xenon is used in calorimeters for measurements of gamma rays and as a medium to detect weakly interacting massive particles. 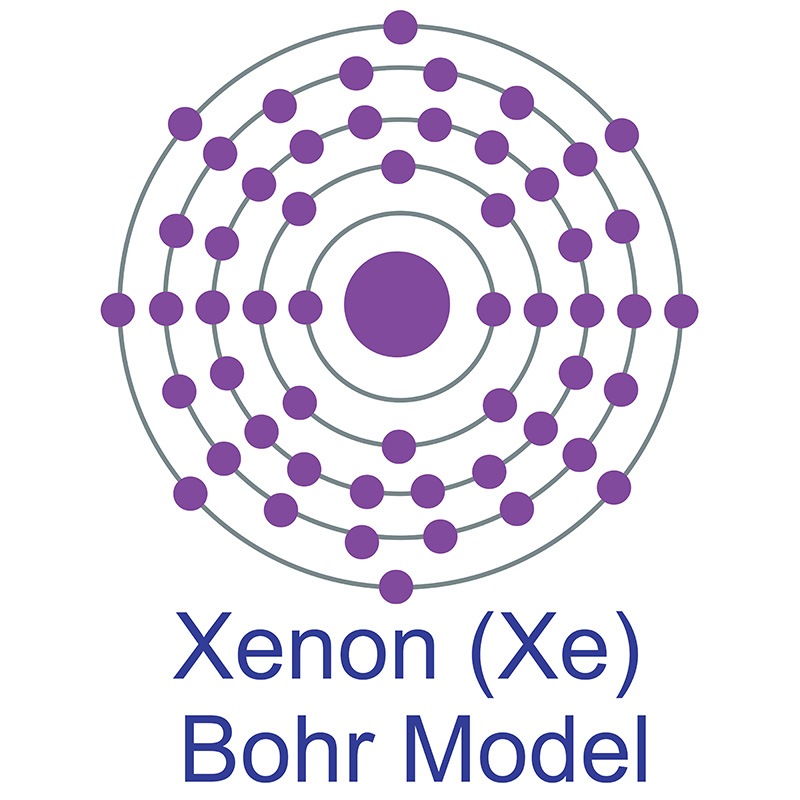 Xenon is a Block P, Group 18, Period 5 element. The number of electrons in each of Xenon's shells is 2, 8, 18, 18, 8 and its electronic configuration is [Kr] 4d10 5s2 5p6. In its elemental form xenon's CAS number is 7440-63-3. The xenon atom has a covalent radius of 140±9.pm and it's Van der Waals radius is 216.pm. Xenon is present in the atmosphere and is commercially produced as a byproduct of the separation of air into oxygen and nitrogen. Xenon was discovered and first isolated by Sir William Ramsay and Morris W. Travers  in 1898. Xenon is named from the Greek word xenon meaning foreign or strange.

Xenon information, including technical data, properties, and other useful facts are specified below. Scientific facts such as the atomic structure, ionization energy, abundance on Earth, conductivity, and thermal properties are included.

Xenon compounds are considered to be toxic although xenon itself is not. The below applies to elemental xenon.