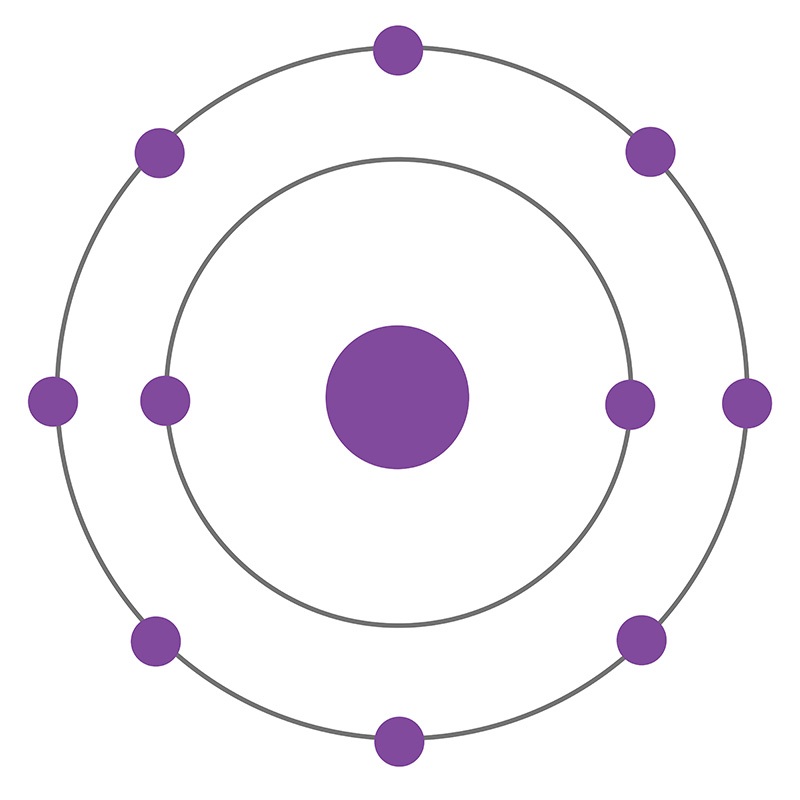 Neon is a noble gas, and perhaps surprisingly, the fifth most plentiful element in the cosmos (after hydrogen, helium, oxygen and carbon); however, its abundance in Earth’s atmosphere is rather rare (about 18 ppm). No known neutral compounds exist with this chemically unreactive element, and therefore neon cannot affix itself to any solids. It is theorized that neon’s volatile nature with high vapor pressure and relative lightness caused the element to escape in large quantities during the formation of Earth as a planet, under the sun’s blanket of heat. Neon was discovered, as with many noble gases, through fractional distillation of liquefied air in 1898 by British chemists Sir William Ramsay and Morris Travers. In fact, this rare atmospheric element was discovered a mere two weeks after another noble gas, krypton. This method of isolating atmospheric elements was clearly fruitful as Ramsay won the Nobel Prize for Chemistry in 1904 for these numerous discoveries.

Neon is an iconic element and can only be produced through fractional distillation of liquefied air. Because of these two factors, neon can be a relatively expensive element to produce and purchase. Its attractive characteristics in lighting applications are enabled by its activation (atom separation and recombination in a vacuum tube) at nominal voltages and currents in modern electrical systems. Neon itself is reddish-orange when activated, but lighting apparatuses can replicate a number of colors in the visible spectrum when neon is mixed with other gases. For this reason, neon was the precursor of today’s modern plasma displays and TV screens. Lesser known applications include neon as a refrigerant in its liquid form. It has 40 times the refrigerant capacity of liquid helium and three times the refrigerant capacity of liquid hydrogen.

Neon has three stable isotopes: 20Ne, 21Ne, and 22Ne. 21Ne and 22Ne are both primordial (have existed since the formation of the earth) and nucleogenic (produced through naturally-occurring nuclear reactions). The nucleogenic instances of neon isotopes are known to be a result of nuclear reactions, primarily with 24Mg and 25Mg. 20Ne, on the other hand, is known to be primordial but not nucleogenic. The relative sources of 20Ne, while the most abundant of the three isotopes on earth, is debated to this day. Due to the enriched amounts of 20Ne in volcanic gas and its presence in diamonds, some theorize that there may exist a “solar neon reservoir” in the Earth. Throughout this scientific discovery and analysis process of all three naturally-occurring neon isotopes, it is now being theorized that neon can be useful in determining cosmic exposure ages of meteorites and rocks located on a planetary body’s surface. 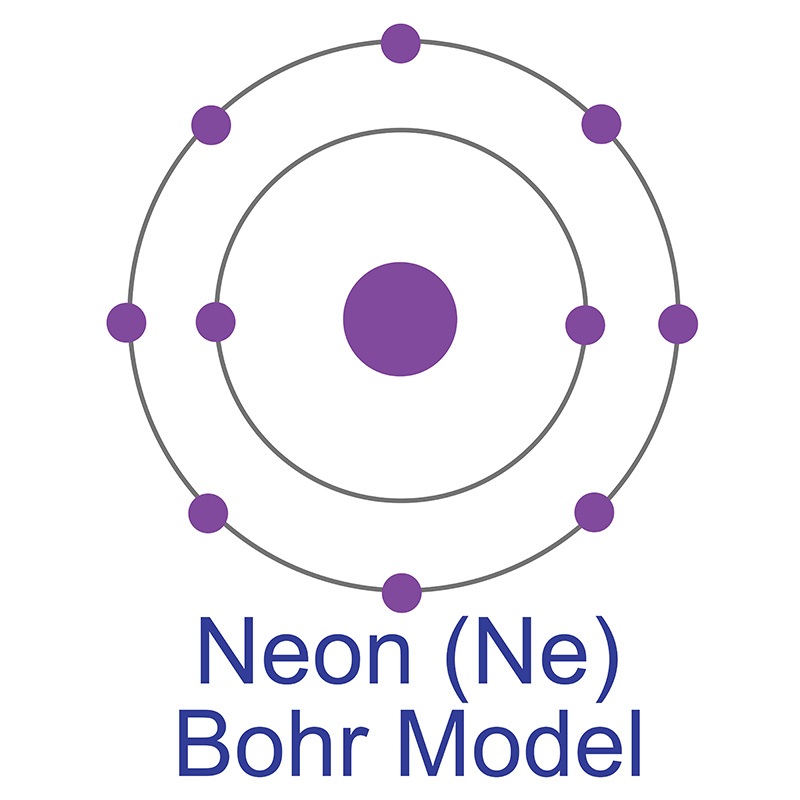 Neon is a Block P, Group 18, Period 10 element. The number of electrons in each of Neon's shells is 2, 8 and its electronic configuration is 1s2 2s2 2p6. In its elemental form neon's CAS number is 7440-01-9. The neon atom has a covalent radius of 58.pm and it's Van der Waals radius is 154.pm. Neon is found in small amounts in the Earth's atmosphere and is commercially produced by cryogenic fractional distillation of liquefied air. Neon was discovered and first isolated by Sir William Ramsay and Morris W. Travers in 1898. The origin of the name comes from the Greek word neon meaning new.

Neon information, including technical data, properties, and other useful facts are specified below. Scientific facts such as the atomic structure, ionization energy, abundance on Earth, conductivity, and thermal properties are included.

Neon is not toxic and is chemically inert, and thus poses minimal environmental or health threats. At room temperature, neon is typically only harmful when its presence leads to displacement of oxygen in the air, creating potential for asphyxiation. Liquid neon is extremely cold; therefore skin contact with the liquid can cause frostbite, and should be avoided.