Cobalt Iron Nickel Oxide is a highly insoluble thermally stable source suitable for glass, optic and ceramic applications. High purity, submicron and nanopowder forms may be considered. Oxide compounds are not conductive to electricity. However, certain perovskite structured oxides are electronically conductive finding application in the cathode of solid oxide fuel cells and oxygen generation systems. They are compounds containing at least one oxygen anion and one metallic cation. They are typically insoluble in aqueous solutions (water) and extremely stable making them useful in ceramic structures as simple as producing clay bowls to advanced electronics and in light weight structural components in aerospace and electrochemical applications such as fuel cells in which they exhibit ionic conductivity. Metal oxide compounds are basic anhydrides and can therefore react with acids and with strong reducing agents in redox reactions. Additional technical, research and safety (MSDS) information is available.

Synthesis of Magnetic CoFe2O4 Nanoparticles and Their Efficient Degradation of Diclofenac by Activating Persulfate via Formation of Sulfate Radicals. 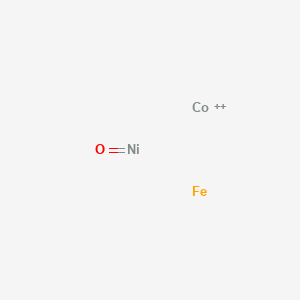