Germanium-74 Oxide Isotope is one of over 200 stable isotopes produced by American Elements for biological and biomedical labeling, as target materials and other applications. Germanium-74 oxide isotopic material is available with various enrichment levels. American Elements produces to many standard grades when applicable, including Mil Spec (military grade); ACS, Reagent and Technical Grade; Food, Agricultural and Pharmaceutical Grade; Optical Grade, USP and EP/BP (European Pharmacopoeia/British Pharmacopoeia) and follows applicable ASTM testing standards. Typical and custom packaging is available. Please request a quote above to receive pricing information based on your specifications.

Investigation of the aluminum oxide content on structural and optical properties of germanium glasses doped with RE ions.

Theoretical assessment and targeted modeling of TiO2 in reactor towards the scandium radioisotopes estimation.

Direct coordination of a germanium(ii) dicationic center to transition metals. 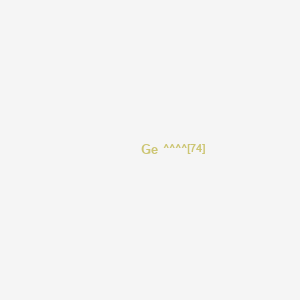