Photoelectrochemical determination of trypsin by using an indium tin oxide electrode modified with a composite prepared from MoS nanosheets and TiO nanorods. 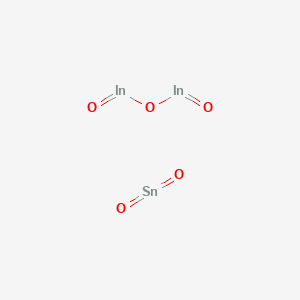