234-514-3
View the history of American Elements on Wikipedia

An Investigation of Protective Effects of Lithium Borate on Blood and Histopathological Parameters in Acute Cadmium-Induced Rats.

Synthesis and Crystal Structure of the Acentric Indium Borate InBO(OH). 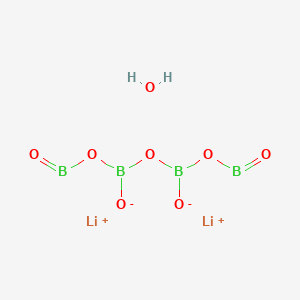