The number of electrons in each of praseodymium's shells is 2, 8, 18, 21, 8, 2 and its electron configuration is [Xe]4f3 6s2. The praseodymium atom has a radius of 182 pm and a Van der Waals radius of 239 pm. Praseodymium resembles the typical trivalent rare earths, however, it will exhibit a +4 state when stabilized in a zirconia host.

Shape and Orientation Controlled Hydrothermal Synthesis of Silicide and Metal Dichalcogenide on a Silicon Substrate. 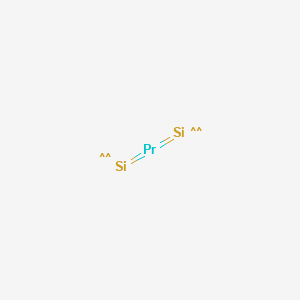