235-567-5
View the history of American Elements on Wikipedia

Effect of iodide on transformation of phenolic compounds by nonradical activation of peroxydisulfate in the presence of carbon nanotube: Kinetics, impacting factors, and formation of iodinated aromatic products.

Spectroscopic and structural investigation of interaction of 5-mercapto-3-phenyl-1,3,4-thiadiazole-2-thione potassium salt with molecular iodine.

Transformation of Methylparaben by aqueous permanganate in the presence of iodide: Kinetics, modeling, and formation of iodinated aromatic products.

A thermoelectric copper-iodide composite from the pyrolysis of a well-defined coordination polymer.

Silver-Assisted Synthesis of Gold Nanorods: the Relation between Silver Additive and Iodide Impurities.

Direct synthesis of alkenyl iodides via indium-catalyzed iodoalkylation of alkynes with alcohols and aqueous HI. 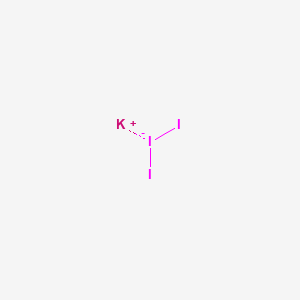