Samarium Trifluoromethanesulfonate is one of numerous organo-metallic compounds (also known as metalorganic, organo-inorganic and 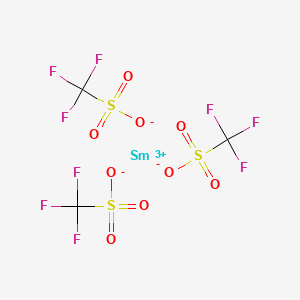