The reduction in inflammation and impairment in wound healing by using strontium chloride hexahydrate.

Safety of Strontium Chloride as a Skeletal Marking Agent for Pacific Salmon.

Strontium in the environment: Review about reactions of plants towards stable and radioactive strontium isotopes. 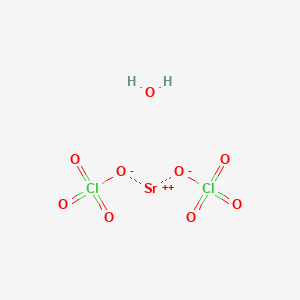