C36H30IrN3
View the history of American Elements on Wikipedia

Tris[2-(p -tolyl)pyridine]iridium(III) (Ir(mppy)3) is one of numerous fluorescent organometallic complexes manufactured by American Elements for use in OLED and PHOLED manufacturing and other applications. American Elements supplies organometallic compounds in most volumes including bulk quantities and also can produce materials to customer specifications. Please request a quote above for more information on pricing and lead time.

Microsolvation of phthalocyanine molecules in superfluid helium nanodroplets as revealed by the optical line shape at electronic origin. 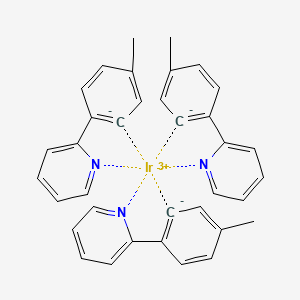