Vanadyl Oxalate Solutions are moderate to highly concentrated liquid solutions of Vanadyl Oxalate for use in chemical synthesis, solution deposition and other applications. Solvents include THF, hexanes, methanol, and other organic compounds. American Elements can prepare dissolved homogeneous solutions at customer specified concentrations or to the maximum stoichiometric concentration. Packaging is available in 55 gallon drums, smaller units and larger liquid totes. Additional technical, research and safety (SDS) information is available. Please request a quote above to receive pricing information based on your specifications.

Toxicity of aqueous vanadium to zooplankton and phytoplankton species of relevance to the athabasca oil sands region.

Low-Cost and Facile Synthesis of the Vanadium Oxides V2O3, VO2, and V2O5 and Their Magnetic, Thermochromic and Electrochromic Properties.

Synthesis of Mono- and Dinuclear Vanadium Complexes and Their Reactivity toward Dehydroperoxidation of Alkyl Hydroperoxides. 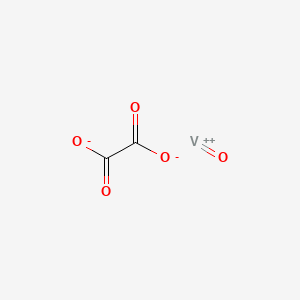